Discovering a Route to Formalize Female Dairy Entrepreneurs in Jordan

This blog was originally published on the SEEP Network.

Women are concentrated in the informal sector either as workers or business operators across the globe. The informal nature of businesses affects their capacity to expand their entrepreneurial ventures and increase their incomes due to limited access to buyers, markets and formal finance. They also lack protection in the form of social protection, health insurance, and labor regulations. Supporting female entrepreneurs and workers to formalize their businesses and work is key to achieving women’s economic empowerment.

In Jordan, informal employment represents 44 percent of total employment, with the majority of informal workers concentrated in food processing, such as dairy manufacturing, agriculture, and animal husbandry. Research from the Arab Women's Enterprise Fund (AWEF) also shows that most locally manufactured dairy products (particularly Jameed) are processed by women working informally at home. With restricted access to marketing channels, these women stay at the bottom of the dairy value chain with a weak potential to increase income.

AWEF conducted research to map out relevant bylaws, regulations, product standards, market trends, private sector sourcing patterns, and social norms that influence market linkages between the end market and female-operated informal home-based businesses. The majority of the 35 private sector companies (retailers and catering businesses) that were interviewed had almost never sourced from informal businesses and only worked with registered and certified businesses that often guarantee quality and reliability. Focus group discussions (FGDs) conducted with informal, home-based, female-led businesses disclosed why women remained hesitant to formalize. The costs involved, the complexity of the process and concerns around taxation and losing government aid topped the list.

Licensing can offer a path towards formalization

In November 2017, the Jordanian government published new instructions allowing certain professionals to register and work from home. This provided an entry point for AWEF to work with local municipalities to facilitate home-based vocational licensing.

AWEF began its work with the Jerash Municipality to help staff develop guidelines that would facilitate a simple and affordable process to issue home-based vocational licenses. These guidelines were later approved and adopted by the Jordanian Ministry of Local Administration (MoLA) and in partnership with AWEF, were disseminated to 45 additional municipalities in the Northern, Central and Southern regions of Jordan. In parallel, municipalities’ Women’s Economic Empowerment Units started raising awareness among women-owned, home-based businesses on the licensing process. They facilitated training sessions offered by the Jordan Food and Drug Administration (JFDA) on food, health, and safety guidelines and best practices in packaging, helping women improve their production standards and fulfill municipality requirements for the licensing process. 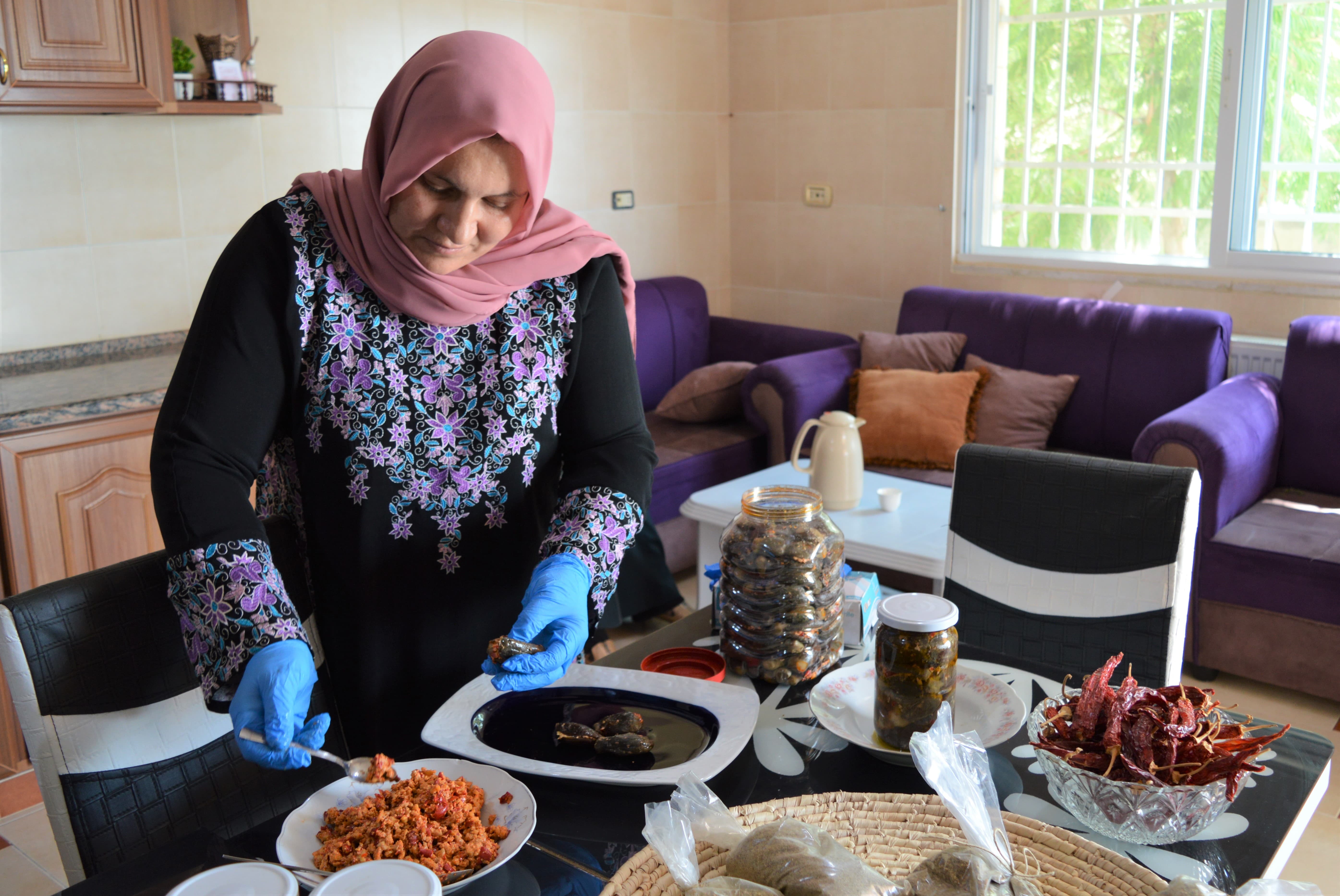 Safaa Rabie is a licensed home-based producer in Jerash, Jordan​​​​

But, what about the uptake of licenses?

During the licensing pilot, the uptake in applications for licenses in municipalities was slower than expected and, AWEF conducted further research to understand barriers. Many women were unfamiliar with the process of obtaining a home-based license. Additionally, they feared tax implications of formalizing without understanding the commercial opportunity that licensing offered them, including access to larger formal markets and suppliers. Women who had successfully formalized were identified to serve as “role models” across five municipalities and create awareness around the process and benefits of licensing. They became agents of change and helped to facilitate municipalities’ outreach to more women.

AWEF also simultaneously worked with the Jordan Income and Sales Tax Department (ISTD) to provide clear guidance for home-based businesses on declaring taxes and the required documentation. This partnership aimed to develop a national communications strategy targeting disadvantaged women to raise awareness on tax laws in the hopes of alleviating their concerns around taxation.

To date, this collaborative approach has catalyzed home-based vocational licensing across 20 municipalities within Jordan and over 300 women have now obtained vocational licenses. Women have developed business management and negotiation skills and were trained to adjust production to meet market and supplier requirements, enabling many of them to grow and formalize their businesses. Several women who were licensed have been connected to large, national buyers. For instance, AWEF has worked with Al Mazraa Dairy, a well-established Jordanian dairy and cheese producer to facilitate the sourcing of goat cheese products from female producers licensed by the municipality. These producers have in turn been able to expand their operations and employ more women.

Higher incomes have also translated into greater influence over household decision-making. Some of the women have engaged male family members to establish a family business, as indicated in Badreyeh’s story below. These changes are contributing to incremental shifts in social norms, for example, relaxed restrictions on women’s movement and participation in work-related activities outside the home. AWEF support has helped catalyze improved the enabling environment for home-based businesses, including cultural shifts in government and market actor perceptions of female home-based business operators, who are now increasingly considered formal businesswomen able to meet production and quality standards and respond to market demand. Together, these changes are allowing markets to work for poor women.

Badreyeh Um Nasser started supporting her family of nine as a tailor specializing in classical embroidery. When the Syrian crisis reached its peak, many female Syrian refugees settled in the area and began producing and selling crafts and embroidery increasing competition for Badreyeh. She decided to learn dairy processing instead. Badreyeh first learned to process milk at home to provide her family with “mooneh” (preserved in-season foods for off-season consumption), allowing her to build skills and gain dairy processing knowledge.

As part of AWEF’s home-based licensing intervention, Badreyeh was invited by the municipality to license her home-based business. She also received a grant from AWEF’s licensing intervention, which covered the costs of basic equipment necessary to standardize the quality of her products and introduce efficiencies. Badreyeh participated in various workshops and training that have allowed her products to stand out.

Today, Badreyeh has employed her neighbor and engages her family members in milk and dairy processing under her license. She has expanded her production line to include cow’s milk in addition to goat’s milk and is able to overcome seasonal obstacles. With her license, she is producing higher quantities and sells yogurt directly to nearby stores, supporting her family and her neighbors’ family with a sustainable income.

What Does It Take to Achieve Scale in Women's Empowerment Activities?

Are We There Yet? The Quest for Women’s Economic Empowerment at Scale in Agricultural Market Systems, Part 2: Beyond Partnerships