The “Long Peace” since the end of World War II has brought tremendous development progress to humanity. Child survival and education have improved for decades, famines and undernutrition keep decreasing, and developing countries have seen gains in agricultural productivity. People are less likely to be affected by conflict or disaster. Extreme poverty has also trended downward, and whereas 100 years ago, more than 80 percent of the world population lived in poverty, today that number is less than 10 percent.

However, these gains have often come, directly or indirectly, at the cost of the natural environment on which humans depend. Just one example of this comes from the Sundarbans in Bangladesh, where three rivers converge amidst the world’s largest remaining mangrove forest, home to the Bengal tiger and millions of people. For centuries, humans and nature have lived together symbiotically; for example, people train the otters to chase fish into their nets, and everyone gets a better catch. Unfortunately, due to overfishing, over-sedimentation, water pollution, and use of non-selective fishing gear, both fish populations and their ecosystems are crashing, threatening the otters with extinction and people with poverty and food insecurity. As we recently wrote on Agrilinks, according to the largest and most comprehensive global assessment of the state of nature conducted in 2019, 75 percent of the Earth’s land, 66 percent of the marine environment, and 85 percent of global wetlands have been significantly altered by human actions. One million species around the world are threatened with extinction, many within decades, including 500,000 terrestrial species that do not have enough natural habitat left to ensure their long-term survival. Furthermore, a growing human population (now over 7.8 billion people) is stressing the world’s food system with soil depletion and erosion, exacerbated by climate risks and drought.

These problems are existential, cross-sectoral and complex, but utterly solvable.

USAID has a long history in helping countries confront these kinds of development challenges and is building on that foundation with a new ambitious effort to rapidly scale up solutions to help mitigate the worst impacts of biodiversity loss and climate change on human well-being. A key component of that effort is supporting communities to build sustainable food systems that help conserve the planet on which people and biodiversity depend. This means investing in practices like regenerative agriculture, agroforestry, and greening up value chains in a way that can bring sustainable development to our world’s most threatened landscapes and the communities that depend on them.

USAID, host country governments, and local communities will play a crucial role in these efforts, but importantly, so will the private sector. On Dec 3, 2019, USAID released a new public-private partnership program to respond to the world’s environmental and humanitarian crises by investing in the sustainable conservation of threatened landscapes alongside the well-being and prosperity of communities that depend on them. 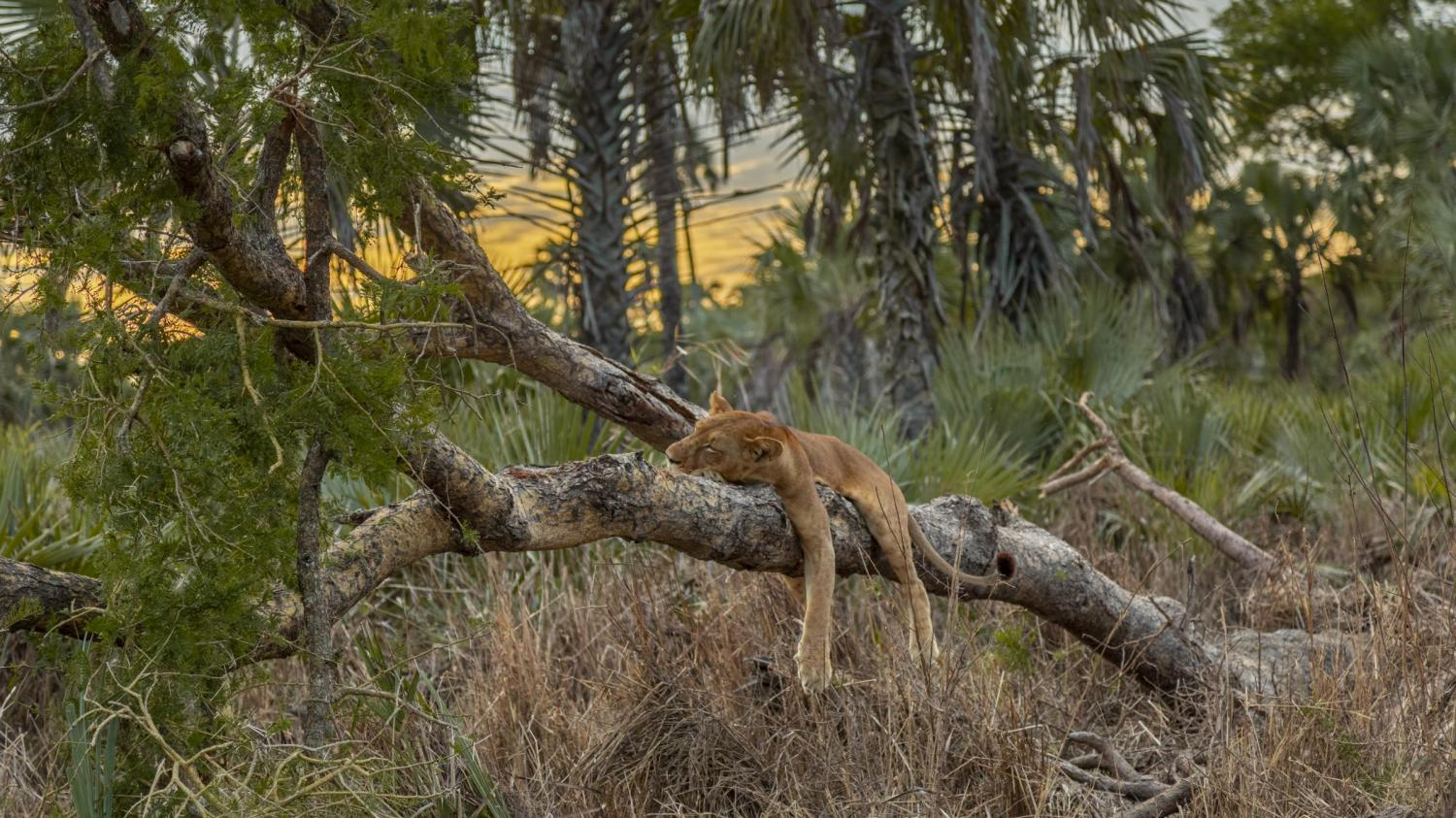 HEARTH (Health, Ecosystems and Agriculture for Resilient, Thriving Societies) begins with $50 million of USAID cross-sectoral investments in conservation, agriculture, health, governance, and other sectors, spread across landscapes in six countries. The reason for taking this integrated approach to development is illustrated by the story of the restoration of Gorongosa National Park in Central Mozambique. In 2008, Mozambique was emerging from a civil war that nearly destroyed Gorongosa. When USAID and the Carr Foundation arrived to help, the community said they first needed schools and clinics before they could be ready to talk about conservation. Today, with cross-sectoral investments in conservation, education (including a Master’s Degree Program to “train the next generation of Gorongosa’s protectors”), health, sustainable tourism, and, using sustainable agricultural practices, the planting of over 100,000 coffee trees that now earn income for the community, the people are flourishing and animal populations are recovering. The lion population was nearly wiped out, but today over 100 lions patrol Gorongosa.

Following on the success of Gorongosa’s model of integrated programming, USAID seeks to partner and co-design activities with the private sector around value propositions that advance USAID’s and host countries’ goals and private-sector partners’ core business models. Partnership through this program occurs at 1:1 leverage, which means that for every dollar USAID invests in HEARTH activities, private sector partners will co-invest the equivalent value in cash or kind.

The HEARTH call for proposals begins with USAID Missions in 6 countries: the Democratic Republic of the Congo, Ethiopia, Bangladesh, Kenya, Madagascar, and Zambia. USAID expects additional Missions to join sometime in 2020.

HEARTH is built around three big ideas: 1) that cross-sectoral efforts are necessary to address complex development problems; 2) that the private sector is fundamental to achieving sustainable solutions; and 3) we can and must do the rigorous measurement to show that these efforts yield the results and impacts we expect.

USAID and the private sector can collaborate with communities in the countries where we work to confront these great challenges of our time. Similarly, colleagues across sectors — food security, conservation, health and governance — can cooperatively design synergistic programming that contributes to sustainable food systems that enhance the resilience of people and the planet.

Scientists are producing more and more evidence that integrated programming can bring better outcomes for all, or as the HEARTH team said succinctly at their December 9, 2019, launch event, “1+1 = 3.” But it’s not enough to just say that; the HEARTH effort also brings with it a commitment to build into HEARTH projects the logical and rigorous design, monitoring and evaluation support to help ensure that all stakeholders are getting the results we expect.

Finally, HEARTH embodies USAID’s new Private Sector Engagement Policy which signals an intentional shift to pursue market-based approaches and investment as a means to accelerate countries’ progress on their Journey to Self-Reliance. This policy comes at an exciting time in which leaders in both the public and private sectors are figuring out how to take the unique capabilities of each and apply them to problems that neither could address fully on their own. 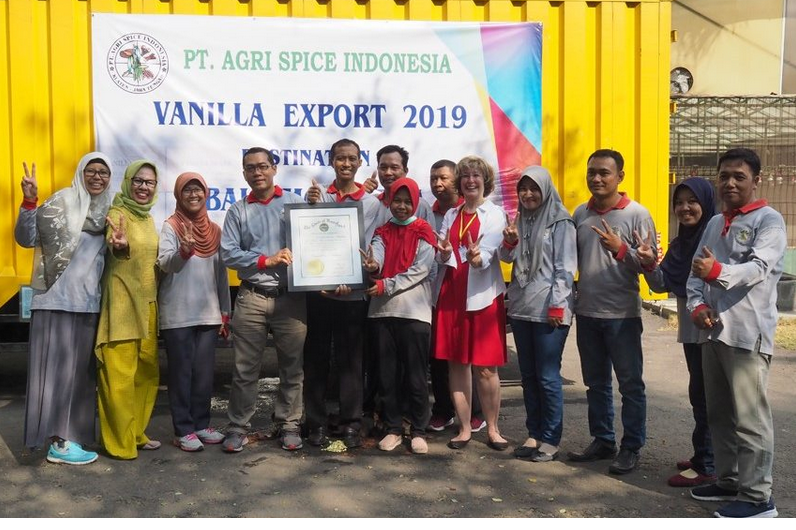 The private sector creates nine out of ten jobs in the developing world and has the scale, expertise and resources to match the complexity of challenges countries face. USAID Administrator Green put it best when he said, “Private enterprise is the single most powerful force for lifting lives, strengthening communities, and accelerating self-reliance.”

Together, we can do more. USAID recognizes that the secret to great partnership is the people, and we look forward to building on our long history of successful partnerships to help solve the great challenges of our time.

View a January 22 webinar to explain the HEARTH effort in more detail here. Email questions about HEARTH to hearthgda@usaid.gov .