This post was written by Megan Stalheim and Meredith Saggers of Land O’Lakes International Development and Mary Kay Gugerty, C. Leigh Anderson, and Pierre Biscaye of the University of Washington. It was edited by Krista Jacobs of USAID.

Women’s laborious workloads are a persistent challenge to agricultural productivity, nutrition and women’s empowerment throughout developing economies. Despite their labor in planting, weeding, harvesting, processing and marketing, women often are excluded from more commercial agricultural roles and have less control over household income than men.

In 2012 and 2013, USAID’s Bureau for Food Security launched six Innovation in Gender Equality (IGE) grants to encourage innovative practices for gender-equitable agriculture. The two IGE projects below took on the challenge to create new approaches to reducing women’s workloads in rural Tanzania.

From 2013-2017, with $4.5 million in funding from USAID, Land O’Lakes International Development worked in Tanzania’s Morogoro, Mbeya and Iringa regions to develop and scale agricultural technologies that reduce women’s labor burdens. The project approached this in two ways: (1) supported existing innovators to scale business concepts through training and grant funding; and (2) empowered local farmers to identify agricultural challenges and brainstorm and build solutions, awarding grants to the best ideas. Thirty-one promising innovations were selected to support and scale for wider adoption.

The technologies selected helped ease arduous tasks that are typically done manually by women on small-scale farms. Interviews with innovators and users agreed that the time savings for women was the major benefit of these technologies, in addition to increased incomes, nutrition and safety. Below are a few examples: 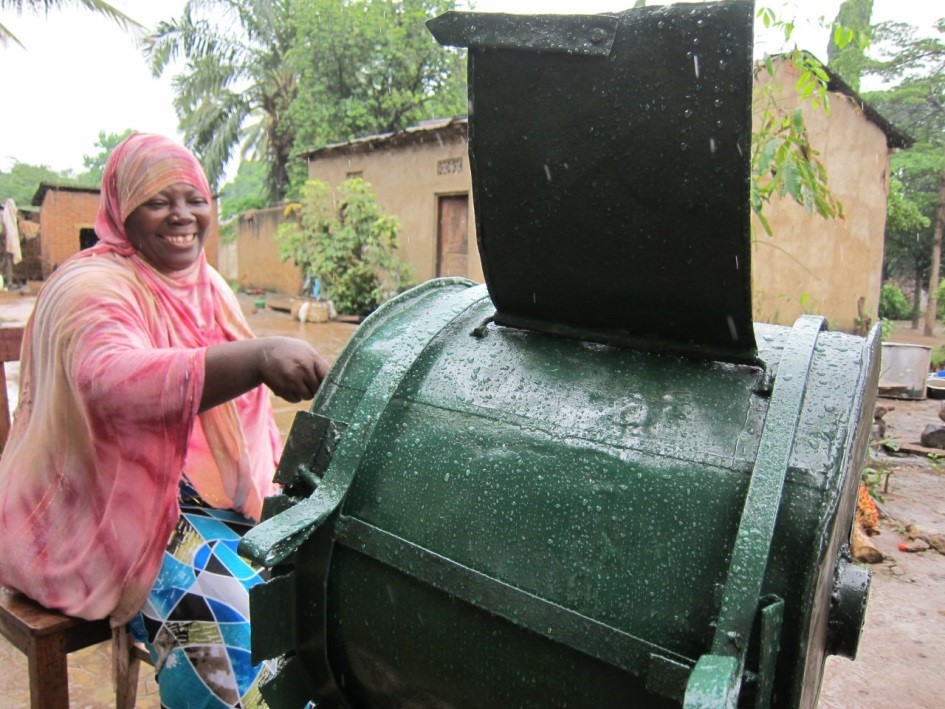 Photo: Mwanaharusi Goha demonstrates the hand-crank palm oil extractor that she and her design group developed through the project. Credit: Giselle Aris.

The Evans School of Public Policy and Governance at the University of Washington partnered with Farm Concern International (FCI), to test whether labor-sharing groups could ease women’s labor constraints and enable their participation in commercial cassava production and processing.

These rotating labor groups (kibati kazi in Swahili or “KbK” for short) were modeled on traditional work groups and rotating savings groups that are familiar institutions in East Africa. The KbKs operate as rotating work groups, visiting each member’s home in turn. Farmers decide the composition of their groups, how often they will meet and the types of activities they work on. KbK members receive the benefits of others’ labor at their own home/farm but must also contribute labor at the homes/farms of fellow members. The net gain from participation comes from being able to accomplish tasks more efficiently or effectively together than alone. Farm groups readily adopted the KbK model; almost every commercial producer farm group in the six villages had at least one KbK, and most had several.

Figure 1 (below) shows that members mainly used KbKs for work on their own farms and group farms but also used KbKs for domestic tasks, housework and construction work, which may offer particular benefits to women who have a higher burden of household tasks and rely on male household members for construction tasks. Women were more likely to participate in KbKs than men, with 54 percent of eligible women participating, as compared to 35 percent of men. 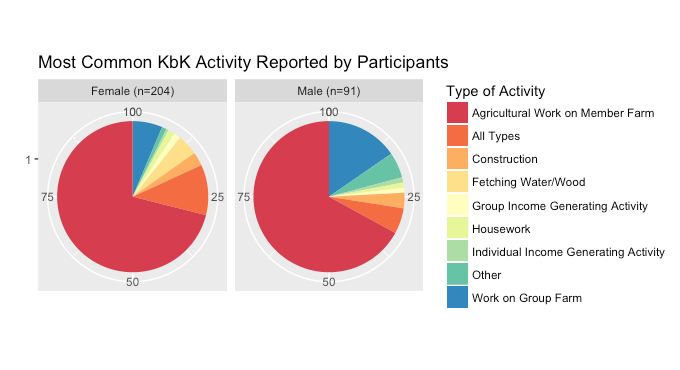 In theory, KbKs are not time savings, since members reallocate labor from their own households to those of others. In practice, since many KbKs focused on doing a particular task, many participants reported that the task could be accomplished more quickly through a KbK than alone, thereby saving everyone time. Preliminary analysis suggests that women KbK members tend to increase their labor time and decrease leisure time, as compared to male member or non-members. On average, women KbK members are working 45 minutes more and taking 33 minutes less of leisure time per day relative to women not in KbKs. However, when asked about changes in daily routine, over 97 percent reported that they reallocated time the saved through the KbKs to other priority activities.

Future analysis will examine whether expanded labor in turn affects women’s role and participation in household decision-making and agricultural production. 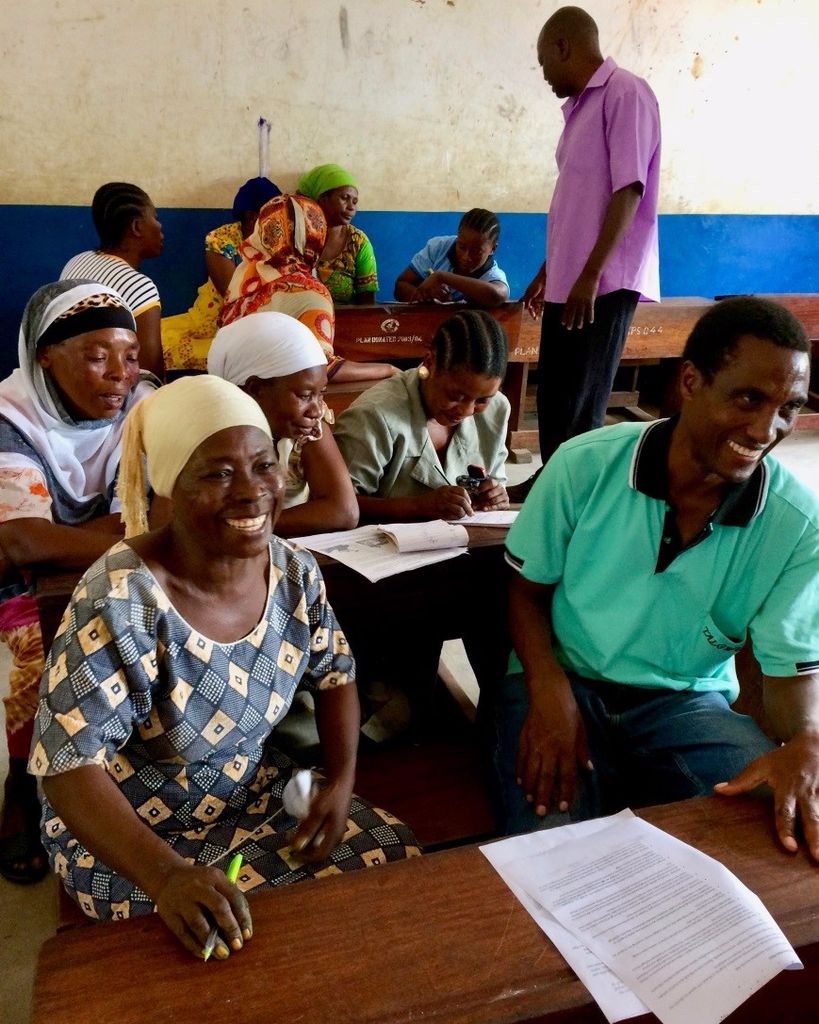 Innovative approaches to including gender within agricultural mechanization

Originally posted on Feed The Future Partnering for Innovation Blog by Tom Klotzbach, CEO of Fintrac, Inc.drudg●er●y: hard, tedious, menial and backbreaking worktime pov●er●ty: working long hours and having no choice to do otherwiseImagine being a “typical woman” in a farm household. You’d be...
Post

What Does Male Out-Migration Mean for Women in Tajikistan's Agriculture?

In rural households from which men have migrated, women in Tajikistan have increased responsibilities in agriculture and are more involved in decision making. But far from being empowered, they face new pressures, including greater demands on their time and exclusion from social networks.
Post

Learn how Fintrac is advancing gender equality through closing the gender gap in accessing key resources, so women can successfully manage their farms as businesses.
Leave feedback